Although bison are commonly referred to as “buffalo,” biologically speaking, they’re birds of a different feather. Buffalo (Cape buffalo and water buffalo) are native only to Africa and Asia, whereas Bison are native to North America. Both are members of the Bovidae family

The Henry Mountains in Utah are the home of the only free-roaming and huntable herd of American bison in the 48 contiguous United States. In 1941, 18 head were transplanted from Yellowstone National Park to the Henry Mountain area. Today that number has increased to over 300 animal

On May 9, 2016, President Obama signed the National Bison Legacy Act into law, officially making the American Bison the National Mammal of the Unites States of America 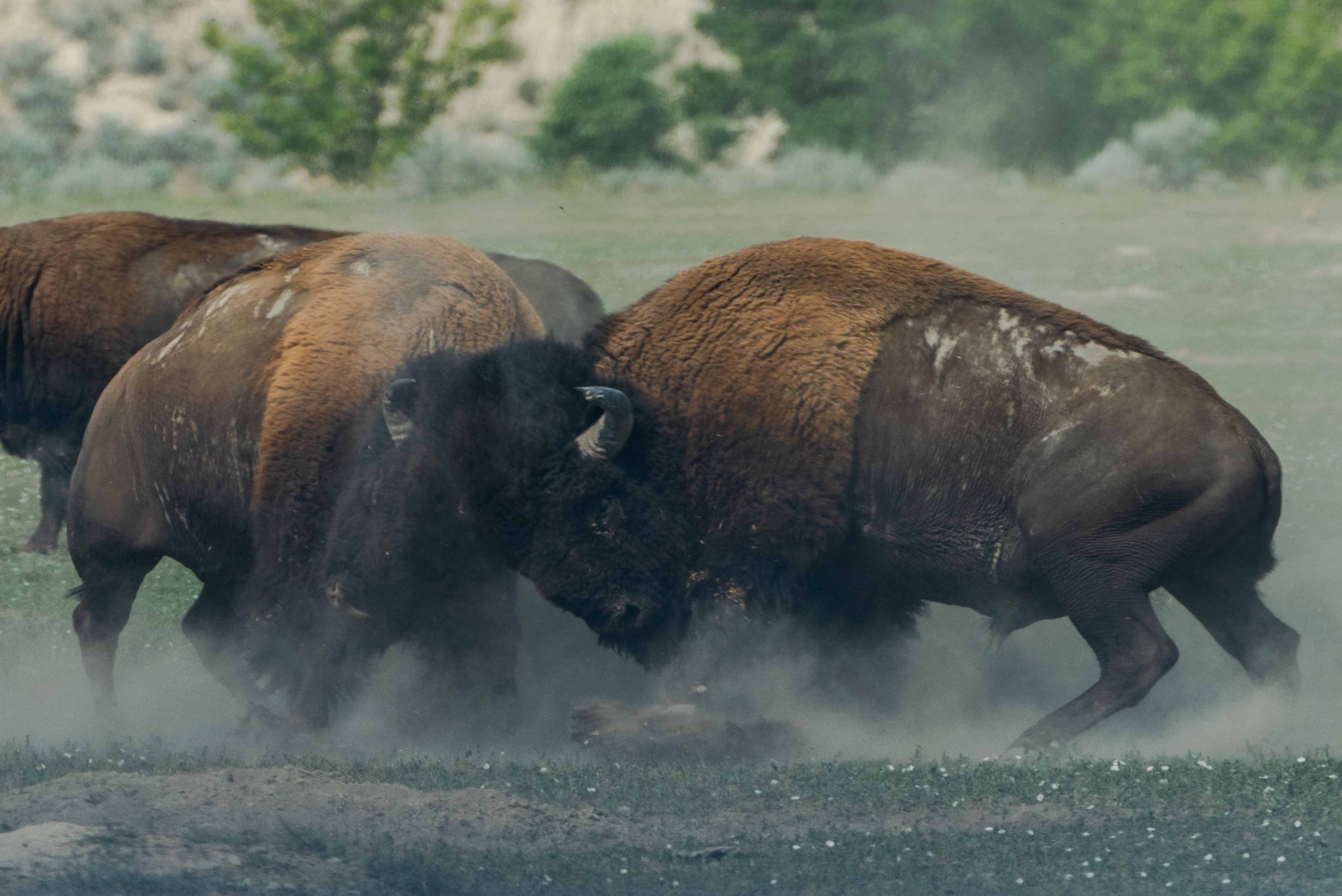 Habitat: Typical habitat is open or semiopen grasslands, as well as sagebrush, semiarid lands, and scrublands

Diet: They prefer eating primarily grasses and sedges. They also drink water or consume snow on a daily basis

Reproduction: Mating season is from July to September. Females are ready to mate at 2.5 years. Males aren’t ready until 6. The female gives birth to a single calf after about 9 months. The calf is usually weaned by the time it is 7 months old

Lifespan: Around 15 years in the wild