About the Alaska Moose

Alaska Moose have no social bonds with each other, and they will only interact when it is time to mate, or for two bull moose to battle for mating rights. This type of fighting is rare; the bull moose antlers will often lock during the fight, and being unable to separate, both moose may die from starvation. If a bull moose loses to another male, he must wait another year to mate. Bull moose sound a subtle mating call to attract female moose (called cows) and to warn away other males. Alaska moose mate every year during autumn and winter, and usually produce one or two offspring at a time. The gestation time for an Alaska moose lasts 230 days. Yearling moose will leave their mothers and embark on their own at around 10-11 months.

Alaska Moose live in a small area, around 5 square miles. They need to eat a lot of aquatic vegetation to provide sodium in their diet. It is common to see moose wading in streams and marshes. On average, moose live 10 to 15 years in the wild. They are considered fully mature at 4 to 5 years of age. Because they have few natural predators, they are not as keen to danger as many other members of the deer family. Their sight is subpar, but they have keen hearing and smell.

The Alaska Moose is the largest North American subspecies of moose in both body mass and antler spread. Antlers are an indicator of age. With each winter, young moose paddles grow in size: nubs become spikes and spikes become full racks. Bulls in their prime, between ages 5 and 8, have the largest racks. With old age, the antlers become deformed and less impressive. 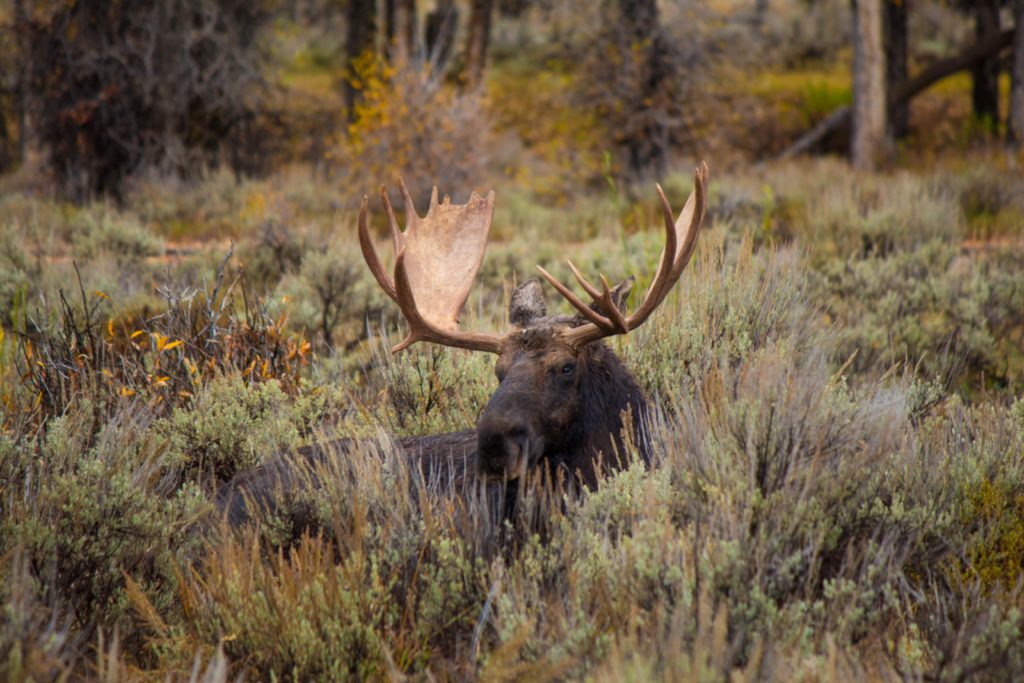 Diet: In spring they feed on sedges, horsetail, pondweeds, and grasses. In summer they add the new fleshy leaves and tips of willow and cottonwood twigs. When snows are deep they tend to feed on the cambium layer of trees 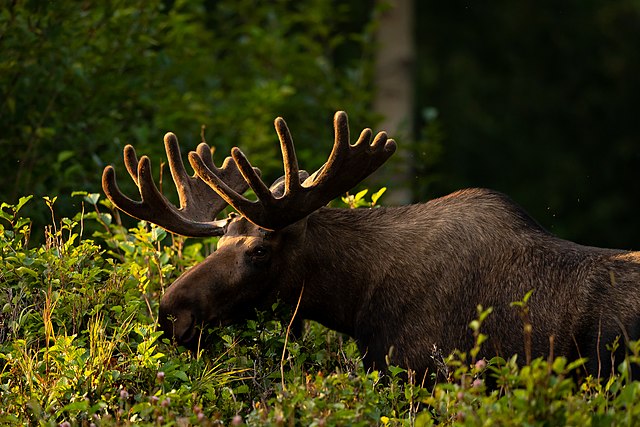